So, what does mean when only one out of the list of 13 original worse fit organizations remained on the list of when independent identity intersected with a rapid pace as a dozen vanished? 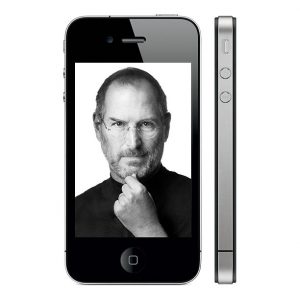 “5”  Steve Jobs, (1955 – 2011): “The day is marked by a resilient spirit of independence that has you preferring your own company, keeping your own council, deciding for yourself without worry or need of any outside reassurance.” Pisces

Hi and welcome to Thursday’s Episode 73 in Season 2 of  “My Pandemic Year Natural Experiment” on this 2nd day of July in the summer of 2020.

It all began with the future of talent development.  I facilitated a human resources task force that listed 19 trends out of 100 that they felt would impact the composition of employees in companies of the future.

They evaluated generation X, Y, and Z demographics together with baby boomer statistics.

They considered the increase in free agent preferences and globalization with new technologies including alternative energy.

They sorted each of the 19 written on post-its into four clusters on the conference room wall and then free associated about the unique story each cluster told.

Finally, they drew a box for each scenario so they could better see boundaries differentiating one from another. 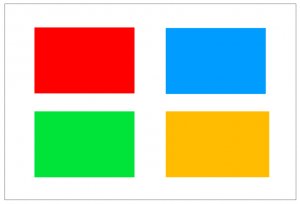 And it became easier to flesh out a vertical line in the middle and a horizontal line.

Those lines intersected in the middle like a “+” where the internal smaller boxes touched each other. 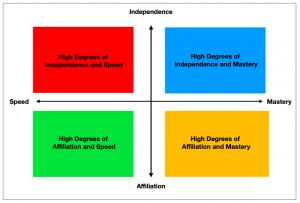 Pretty soon the team saw the two outer vertical borders of the four boxes representing higher degrees of one dimension and the same for outer horizontal borders.

So stories emerged along the vertical axis “+” which corresponded to an identity ranging from independent on the top and affiliated at the bottom.

And, along the horizontal “-“ axis the pace or speed on the left hand-side and time-for-mastery on the right hand-side.

Are you thinking what I was thinking?

Now back to me.  What if we combine the two sets together and sort the 20 better and 13 worse positions I already identified to figure out why?

So we’d have a High Degree of Independence at the top and a Higher Degree of Affiliation at the bottom.

Here’s the display of my 25 of my 33 positions resorted first by the combination of three dimensions: high degrees of independence, speed and mastery.

I keep the original number for each opportunity and identify whether they came from the original worse or better fit lists.

First I consider 7 of 25 combining high independence and speed.

To refresh your memory from the previous episodes, I include snapshots of situations I encountered for each.

23. Organizational Development – Technology — Climate for Innovation, (A fast-paced, innovative culture that attracted the best of the best. Our motto was simply, “It’s better to seek forgiveness than to ask permission.”) World Class Manufacturing, Skunk Works, Trends and What ifs to find value during high change, Mergers and Acquisitions — Complex, Disruptive, Accelerated Changes, Just-In-Time, Safari. two different immune systems develop equal and opposite anti-bodies over five years, but especially in the first 18 months of selling something that even we didn’t understand — Better Fit

25. Director Continuous Improvement — Spearheading the introduction of continuous improvement and needed a director to manage facilitators from all functions. Its corporate immune system and talent culture reflected their preferred seat of the pants high pace flavor of time-to-market product introduction. Product managers wanted to know with was more important, driving revenue or scheduling yet another series of non-productive meetings — Better Fit

30. Venture Guidance —Prepped potential startup entrepreneurs to seek investments from a a group of entrepreneurs and former executives who agree to pledge $50,000 each as seed or A-series funding.  In a deck of 10 slides after being coached by us individually, they’d have to stand and deliver to a group of us roll playing the sharks and throwing them curve balls and challenging their assumptions — Better Fit

Next time we’ll focus on my worse or better experiences in organizations whee I operated with higher degrees of independence and mastery.

Summary for High Independence and Speed

So, what does mean when only one out of the list of 13 original worse fit organizations remained on the list of when independent identity intersected with a rapid pace as a dozen vanished?

I rated Vocational Rehabilitation Services as a worse fit, because I had transitioned from more traditional professional psychology positions into a newly privatized services offering, largely spun out of insurance companies that had written workers compensation policies for employers in the State of California.

It just wasn’t for me.

“5”  Steve Howey, 42: “With your attention pulled by recent developments, it may be hard for you to concentrate on work. Devote yourself to the repetitive, tedious and necessary parts. You’ll be most productive while mentally processing life.” Cancer

Boy, that’s true for me.  How about you?  But, we introverts don’t mind the isolation so much as do the extroverts who tend to socialize for their energy replacement.  Just give me some time to concentrate on this manuscript and I’ll be happy.

“4”  Steve Greene, 34; Steve Guttenberg, 61; Stephen King, 72: “Don’t worry about starting things off on the right foot. Just lean forward and see which foot sticks out to prevent your fall. That’s what progress is — a precarious tilt; catch yourself; right yourself; repeat.” Virgo

Given that I’ve become more vertically challenged until I can get this damned left-knee replaced, I’m not too thrilled with this TauBit of Wisdom.  It hits too close to home.

“4”  Steve Kerr, 54: “Why do you like the hard challenges? They practically demand you grow stronger. You want to be a force of nature, not a victim, acted upon by other forces of nature.” Libra

Really?  I do?  The challenge needs to capture and sustain my attention or else I lose interest rapidly.  I do look for patterns so I can anticipate the direction of forces important to decisions in my life.  It’s just my nature.

“4”  Steve Aoki, 41: “You have your choice of routes today. As a rule, the bendy roads are more exciting and more dangerous. It’s all about sightlines. None can see around the curve. How comfortable are you with uncertainty?” Sagittarius

This reminds me of a story Joel Barker told illustrating anticipation with open filtering.  Maybe on the bendy road snaking outside of Jerome, Arizona on the route to Sedona, a convertible screams around the curve obviously enjoying the freedom of the road. Driving a bit more cautiously, but heading in the opposite direction a local with his elbow hanging out the drivers window sees them approach.  As they barely squeeze past the convertible driver yells “Pig!”. To which the local yells back, “Go to Hell!” and watches the convertible in his rear view mirror, muttering to himself.  And just then he crashes into the pig crossing the road.

“5”  Steve Nash, 45: “There’s someone who gives you undivided attention and places the focus exactly where it matters most to you. A solid case could be made for the premise that this is the very definition of love.”Aquarius

How should I rate this TauBit of Wisdom?  Let’s see, how about a “5”?  She’s looking over my shoulder isn’t she?  Doesn’t matter, Emma the Baroness is the very definition of love.  Right dear?

“5”  Steve Jobs, (1955 – 2011): “The day is marked by a resilient spirit of independence that has you preferring your own company, keeping your own council, deciding for yourself without worry or need of any outside reassurance.” Pisces

So, which day isn’t marked by this kind of spirit?