AJ tugged on it because it was stuck.  They both heard a thud.  She noticed a box full of something fell off the flat bottom and was able to reach in and pull it back on to the tray.“What’s in that box?” Shaggy wanted to know. “Oh, a bunch of Steno Notebooks — handwritten journals it looks like.” 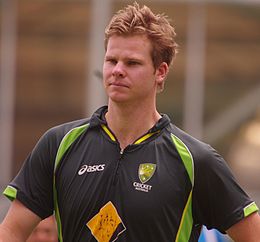 “5”  Steve Smith, 30: “You’re more aligned than ever. Your intention for these minutes reflects your goals for the next five years, and you’ll measure your every action against these aims.” Gemini

Hi and welcome to Saturday’s Episode 63 in Season 2 of  “My Pandemic Year Natural Experiment” on this 13th day of June in the summer of 2020.

This week’s forced concentration, really with nowhere else to go during this lock down, provided the opportunity to return to my neglected manuscript I’ve been calling “Volume Three — a Legacy.”

Here’s a continuation of the excerpt from the Chapter One draft.

“No, the top drawer is filled with boxes to organize stuff like his University Associate Director badges, a bunch of business cards — his and others — and old credit cards. The next one doesn’t contain much — empty boxes from iPhones, iPods, accessories, you name it — who knows why?”

“Ha ha, yeah but Darin and I have those too I’m sure.”

“What’s in that cabinet?”

“There’s two shelves with storage boxes stuffed in them and I’m pretty sure those are CD-ROMs and older diskettes or something, but I don’t think he’d have stuffed something with passwords on it.”

“I’m guessing in that bottom drawer, right? You check there and I’ll try the bottom one under the TV first and then the two next to you.”

Shaggy pulled out the drawer and felt the password might be there.  After all the last three years of tax returns beginning with the current folder of receipts up front greeted him.

But, as he pulled it out further the drawer revealed a bunch of folders, not in any alphabet order, so it took him a little time to rule its contents out.  He turned to AJ and wanted to know if she found it.

“What’s in those three drawers?” he asked.

“Well, the top two have linens and the big one at the bottom has a lot of folders of printouts, but nothing labeled ‘Passwords’” she said.

The last two drawers turned out to be one drawer full of files — the top one — but they both canceled their password search because of the contents.

They found a gold mine of memories in the bottom drawer …. which was once a slide out printer drawer for desktop publishing — no longer needed having been replaced by the printer upstairs in Shaggy’s former room which can be reached by iPhone or laptop over the wireless network from any other room.

AJ tugged on it because it was stuck.  They both heard a thud.  She noticed a box full of something fell off the flat bottom and was able to reach in and pull it back on to the tray.

“What’s in that box?” Shaggy wanted to know.

“Oh, a bunch of Steno Notebooks — handwritten journals it looks like.”

“What about that stuff between the box and the fake wooden drawer facing?”

She showed him a folder of love letters and letters from her Indiana mother to her and Shaggy’s father about the separation, divorce and therapy session.

“What’s in that tan covered notebook?”

“He wrote a bunch of stuff on the cover.”

They both sat down on the brown futon with a black diamond pattern.  They both read descriptions like,

“Look at this in the middle of the left hand column, what do you think it means?”

061 Birthday Past/Future Back and Forth;

“So there’s a pile of papers ….” Shaggy thought to himself. “With Dad’s self-portrait, should be easier than finding the MacBook Air password.”

Spiritual investigation and development will lead you to make some very practical improvements. In the next 10 weeks, your interests shift and friendship circle widens. The influence of new people will lead to lifestyle upgrades. The start of 2021 has a romantic feel. Big projects bring big money.

Well, practical improvements are welcomed.  Maybe by the start of 2021 this pandemic will be beaten back.  So that’s good.  But, it’s better for you and not me.  This ain’t my birthday, hopefully it’s yours and you will enjoy more romance and financial improvements.

“3”  Steve McQueen (1930 – 1980): “Though you have much to teach, you also possess an innate ability that came via your birthright and is nontransferable. You will now appreciate the value of this gift.”Aries

Upon reflection and a rereading of this TauBit, I have to ask why did I select it?  And, then it seems so inscrutable that I have no clue as to understanding its meaning.

“5”  Steve Smith, 30: “You’re more aligned than ever. Your intention for these minutes reflects your goals for the next five years, and you’ll measure your every action against these aims.” Gemini

If there’s a theme for this week, it’s this TauBit of Wisdom.

“4”  Steve Howey, 42: “People want what they want, not what others think they should want. You’re tuned in, looking for clues about what’s really going on. Don’t be afraid to ask direct questions.” Cancer

Too many should mask the clues about what is going on.  If you miss them, you won’t anticipate what’s at stake either.

“3” Steve Carrell, 57; Steve Martin, 74; Steve Wozniak, 69: “You try to consume nutritious foods, and it goes the same way with media. Seek that which feeds your mind and emotional self. Exposing yourself to the wrong things makes you feel icky.” Leo

Of course there’s a counter balance of sorts.  I you only avail yourself to emotionally satisfying media, you may feed filters that shouldn’t be fed.  The kind that screen out threats that require monitoring and action at the right time.

“4”  Steve Greene, 34; Steve Guttenberg, 61; Stephen King, 72: “Anticipate your diversions and schedule them. If you can check your voicemail, email and social channels but once or twice a day, then the rest of your day will be much more productive.” Virgo

Yup.  This is one of the many lessons I learned years ago.  At work I practiced the this no interruptions rule, but adhered to a 24 hour response rule.  Oh, and this pandemic helps too.

“3”  Steve Kerr, 54: “You’ll honor the tradition, follow the recipe, conform to the expectation — and then flip it on its ear. It’s that flourish and twist that captivates your crowd and keeps them coming back.” Libra

Holiday’s style of writing attracted me more than the lesson it conveyed.

“4”  Steve Jobs, (1955 – 2011): “The culmination of your experience has brought you here, but this isn’t the pinnacle. You’ll keep learning and forming the attitudes that help you move forward.” Pisces

I liked the first sentence — almost a cliche really, but the punchline kind of disappointed me.  Certainly you can’t argue with the meaning, but it certainly didn’t deserve the “pinnacle rating”.