When will it end? We’re coming up on just 3 weeks into this 4th season and dipping back and forth among episodes in roughly the same time frames starting with the “Normal Year” which feels hopelessly naive … 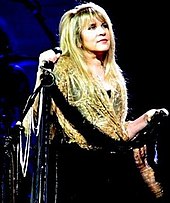 “5”  Steve Smith, 30, Stevie Nicks, 72: “You might think that people who are a little like you will follow the same lines of thought, but they won’t. Your mind is more unique than you know. No one is you; don’t forget it.” Gemini

Hi and welcome to Friday’s 18th Episode in Season 4 of  “Our Disruptively Resilient Year” on this 1st day of April in the spring of 2022.

S4 E17 — We Regret to Inform You …; S4 E16 — The Collateral Damage Triggered by the Reflexive Control Playbook; S4 E15 — So Maybe Ulysses S. Grant Wasn’t Wrong After All

S2 E18 — What is the Truth and How Can You Tell?; S2 E17 — Shutting Mountain Resorts Down, Closing Boutiques, Kicking Tourists Out; S2 E16 — Scroll to the Bottom for Foresight and Quality-of-Life, Right Leo?; S2 E15 — Behaving Badly, Why Big Sur made “Fodor’s Travel NO List”;

When will it end? We’re coming up on just 3 weeks into this 4th season and dipping back and forth among episodes at roughly the same time frames from the “Normal Year” which feels hopelessly naive.

I thought my work wold be done until the final weeks began bleeding into the “Pandemic Year.” Weren’t we holding out hope for some semblance of a return to normal?

And then something about blew all that out the window with the “Paradoxically Normal Year” which seemed to end in the beginning February.

But then, Putin’s invasion of Ukraine makes me afraid for our future and especially anxious about our fragile democracy given how bad actors have faced no accountability in this, “Our Disruptively Resilient Year.”

S4 E3 — Rocky-like Struggle Against Evil Touching Us All:  Vindmen’s talking points that turned into Quid Pro Quo call instead

S4 E4 —  Wedding window after Pandemic, but before Ukraine Invasion

Any lessons for today from which we can build more resilience?

“3”  Steve Zahn, 51: “You’re sensitive to the energetic reality around you. You feel the shadows and either do something to lighten them or avoid them altogether. Be spiritually generous, but also know your limits.” Scorpio

If I’m tuned to energetic reality I’m certainly not conscious of it.  Or is that the message? What limits would they be?  How will I know if I cross spiritual boundaries? Maybe this is an April Fool’s prank?

You give yourself more space and more grace this year. You let yourself have plenty of time to do what you want. You are kind to yourself inside your head, allowing for the mistakes that are a natural part of being human. A seemingly counterintuitive approach will solve a problem.

Wasn’t there an old sitcom named “Grace and Space”?  Or was I just tripping in the studio of my mind?  But, there might be hope for you because of a counterintuitive solution to one of your problems — and — basically because this today ain’t my birthday.

“5”  Steve Smith, 30, Stevie Nicks, 72: “You might think that people who are a little like you will follow the same lines of thought, but they won’t. Your mind is more unique than you know. No one is you; don’t forget it.” Gemini

And my position hasn’t really changed much from yesterday.  Here’s my same answer. You won’t get an argument from me — with only 3 to 5% of introverts and extroverts with like minds I appeal to a narrow audience.  But does it matter today?

“4”  Steve Aoki, 41; Steven Spielberg, 74: “Negativity can be literally cleared away as you clean the environment. You’ll be amazed at how much better you feel when everything is in its place and the surfaces are cleaned.” Sagittarius

I know this to be true in real life — but, is that why I chose to list all of the shifts in context that influenced me and you over the past three years?  Is that part of cleaning my environment or trying to put things in place to feel better?  I’m venturing a guess — at least for me — the literal cleaning of our democracy will only be achieved through accountability for bad actors.

Who better to swipe this TauBit of Wisdom from than super smart Stephen Hawking?  Maybe his work should be added to my Kindle Long Form reads.