In 2017, some headway from outside Deutsche took hold.  New York prosecutors accused the Donald J. Trump Foundation of operating as a political slush fund as it was associated with the new president and his dozens of legal entities and shut it down. 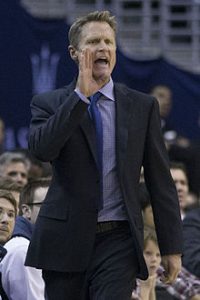 Hi and welcome to Saturday’s 11th Episode in Season 4 of  “Our Disruptively Resilient Year” on this 19th day of March in the spring of 2022.

S4 E10 — Who’s the First Person You Wanna Tell?; S4 E9 —Did the Luck of the Irish Run Out This Time for Old Orange Hair?; S4 E8 —A Suicide and an Epic Trail of Destruction

On one particular day in the fall of 2013 a spreadsheet captured a network revealing the matrix of money laundering.

In the one DBTCA unit of Deutsche. tens of millions of dollars outstanding with VTB. Alfa-Bank—another large, oligarch-controlled Russian lender—was on Deutsche’s list, too. (VTB and Alfa both were under American sanctions.) Also, Russian International Bank and Russian Joint-Stock Commercial Roads Bank and Russian Mortgage Bank and Russian Commercial Bank (Cyprus) Limited

Was this the rumored evidence exposing how Trump was supposedly being in Putin’s clutches? Maybe Deutsche was what connected Trump to the Russia rumor.

After leaving Zurich Insurance in 2014 in shame, according to Enrich, Joe Ackermann took a new job opportunity in Cyprus.

Bank of Cyprus, new owners: Wilbur Ross, Trump’s future Commerce secretary, Viktor Vekselberg, a Russian oligarch with ties to the Kremlin.  Even after the collapse of its economy and financial system, Cyprus was a portal for Russians to launder money into the European Union and the eurozone.

Deutsche’s anti-money-laundering offices in Florida on behalf of various Cypriot lenders had been pushing uphill with their internal investigation.

Days before Trump was sworn in as president, the Obama administration’s Justice Department pummeled Deutsche Bank with a $7 billion penalty—among them MortgageIT, tricking investors and misleading customers.

In early 2017, the previously undisclosed Russian money-laundering scheme was revealed by British and German journalists.

The internal watchdogs were reaching the breaking point.

They’d been chafing for years under a succession of regional executives whom many staff members perceived as imperious and incompetent. And, instructed to stop highlighting transactions involving companies exposed in the massive leak known as the Panama Papers.

In 2017, some headway from outside Deutsche took hold.

New York prosecutors accused the Donald J. Trump Foundation of operating as a political slush fund as it was associated with the new president and his dozens of legal entities and shut it down.

But enough, what about you and me?

“3”  Steve Zahn, 51: “Focusing too intently and too small is a danger now that can prevent you from seeing the many opportunities that exist around you. For perspective, talk to people who are different from you.” Scorpio

I suppose, but my weakness stems from focusing too intently on the macro picture and struggling with making those opportunities more concrete and practical for others to take.

It’s no accident when your life falls into beautiful balance, it’s a direct result of your choices. The most important one is to surround yourself with people who are good for you. You’ll approach basic needs like nutrition, exercise and sleep with an intelligent response. Work will be stimulating and empowering.

“3”  Steve Greene, 34; Steve Guttenberg, 61; Stephen King, 72: “You could easily take on something small and finish it by the day’s end. However, things get exciting when you go bigger. What’s worth doing can’t be done alone. Tasks that force you to reach out are favored.” Virgo

Does research count?  I’ve collected so much documentation and data that most often getting excited about big things tend to confuse me in the moment.

Emma the Baroness and I engage in an ongoing conversation about the playbooks Trump and Putin follow.  She asks how people who seem so smart fall for these cult-like lies and misinformation.  And, I try to explain what I’m understanding about how susceptible we humans are.

“4”  Steve Aoki, 41; Steven Spielberg, 74: “You’ll accomplish what needs doing if you disallow distraction. It’s time to crack down. Don’t let yourself do anything else until the main thing is finished.” Sagittarius

Thanks for the permission to put everything else on hold until I finish this 11th Episode in Season 4 of  “Our Disruptively Resilient Year”.

“4”  Steve Nash, 45: “What happened long ago is still part of your inner scenery, drifting on a lake of thought. Eventually it will wash up on a far shore. But for now, you have better things to think about. Direct your mind to do just that.” Aquarius

Emma the Baroness and I viewed Jane Fonda in Five Acts last night.  Reflecting on it helps me organize my “Volume Three Manuscript.” One comment so true about me remained with me. Each time Jane entered a new act, she moved on leaving those she knew in a previous act without looking back as she transformed into the start up of a new life. Guilty here, too.