My best intentions drifted away. Instead, the televised impeachment inquiry proceedings mesmerized me. And my podcasts broadcasted all the dirt on the Trump and the Kushner families’ alleged corruption. 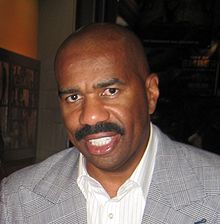 “5”  Steve Harvey, 62: “There is an island within you where you can take refuge.  You don’t have to wait until things get difficult to go there.”  Capricorn

Hi and welcome to Friday’s Episode 154 in the first season of “My 1-Year Natural Experiment” on this 17th day of January in winter of 2020.

So it was no mystery I woke up to light drizzle click, click, clicking on a metal vent sticking out of the wall at the base of our house somewhere near the empty fireplace in the family room with a bubbling out of unconsciousness thought-snippet of:

The Knowledge Banking core process  for taking clients, customers, subscribers and members (Patrons) on a journey:

How close am I to activating it with Patreon using resources integrated with WordPress or not? Pretty sure that was the question that kept me tossing and turning awake at 3 am.

While barely awake and reading mostly in the dark in low screen light so as not to disturb Emma the Baroness another question hijacked my consciousness.

Why did my Kindle’s lower left screen notify me I still had hours left when I’d already finished the book?

Stuff I can use.

The author included chapters from his other three books after the notes and acknowledgements.

And, he included questions for book clubs, like the ones Emma the Baroness finds on line to take with her to her book club occasionally, but not  yesterday when she car pooled to San Diego to meet with the rest of her sorority sisters.

Don’t get me wrong.  I accomplished nothing.

My TV addiction pulled me to channel surf while I scrounged little TidBits until the next installment began when the House of Representatives formerly delivered the articles of impeachment to the Senate floor with Adam Schiff reading them.

Could the Steves Holiday Tau make a difference and pull me back on track?

And, probably from a peaceful night’s sleep, right Zahn?

“4”  Steve Zahn, 51: “Why bother integrating your mind and body?  Because any division that exists here cuts you off from your joy.” Scorpio

“3”  Steve Carell, 57; Steve Martin, 74; Steve Wozniak, 69: “It’s not so easy to express the emotions that come up.  This could be the perfect storm from which comes great art.” Leo

If I cast my net too wide, I won’t able to pull it in.

“2”  Steve Greene, 34; Steve Guttenberg, 61: “Here comes a scenario you’re overqualified to deal with, and yet solutions elude you.  It’s an opportunity to cast your net wider.” Virgo

I planned on skipping through your Holiday Tau too because of how the first two sentences read.  But, the third reminded me of a song, maybe from Paul Simon which described how people only hear what they want to hear and disregard the rest.  Isn’t that happening on the national political stage?

“5”  Steve Kerr, 54: “Sometimes you talk and it doesn’t come out the way you want it to.  But most people hear your intentions.  Or they hear what they want to hear, which you can’t control.” Libra

Haha, Steve, you had me with the premise, but lost me in the long-term.  Sorry.

“2”  Steve Aoki, 41: “To go for the short-term gain will be a mistake in the long run.  The mature choice seems less appealing, but the immature one will be embarrassing in retrospect.” Sagittarius

Would this so-called island be called Gilligan’s Island, Harvey?  It certainly feels like our politics makes people like me yearn for an island refuge, but isn’t that maybe why I’m waking up at 3 am?

“5”  Steve Harvey, 62: “There is an island within you where you can take refuge.  You don’t have to wait until things get difficult to go there.”  Capricorn

Okay, it’s not concentration because I’ve got none today.  Maybe serendipity?