So this is chore day.  And return to normal decorated days of everyday life.  Which brings a melancholy of its own, especially as you tune back into the news and there’s a whistleblower alleging even more corruption in the Whitehouse. 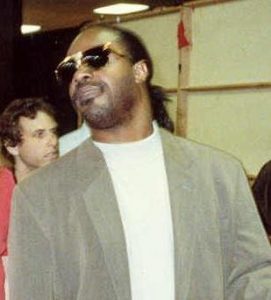 Hi and welcome to Saturday’s Episode 147 in the first season of “My 1-Year Natural Experiment” on this 4th day of January in winter of 2020.

“5”  Steve Winwood, 71; Stevie Wonder, 69: “Why did you start this endeavor?  You are a million emotional miles from early impulses that had to do with impressing someone.”  Taurus

This is the first Saturday of the new year and being a Saturday where we live means Sunday is when we take the curbside cans to the curb for Monday morning pick up.  And one of the big items is the Christmas tree known by its Native American name — Falling Needles.

It’s also fitting that today is chore day, because I’m picking up where I left off in 2019 with the intention of “working on the business” more efficiently.

Back in July I left off after writing drafts of 41 chapters for a Volume Three manuscript — I now imagine I’m being “interviewed” in the old folks home about my life.

How would it begin — as a way of telling a story about my legacy and wisdom I’ve picked up along the way?

And, six others I might be willing to trade. A natural experiment or “living life as an artist.”

And the beat goes on with today’s Holiday Tau for Zahn, Winkler, Emma the Baroness and me.  Yesterday’s sample really, really sucked.  But today?  How optimistic for the year, if I tie these loose ends up ASAP.

“5”  Steve Zahn, 51: “What’s coming up is fantastic, although there’s not a moment to waste in anticipating it as many loose ends still need to be tied.” Scorpio

I just don’t remember any more Holiday Tau that spoke to me than today’s.  From the original list of motivational and inspirational TauBits I only rejected three.  So, they’re really, really good or I felt really, really needy.

So Steve, your Holiday Tau tells me that my audience will find me and learn to like what I’m offering, right?  I’ll take it if you don’t mind.  Thanks.

Haha, sometimes it takes so long to create what I started that I totally forget the why and have to back track to rediscover it.

“5”  Steve Winwood, 71; Stevie Wonder, 69: “Why did you start this endeavor?  You are a million emotional miles from early impulses that had to do with impressing someone.”  Taurus

Look, Steve I realize this TauBit of Wisdom is well wise, but I just can’t use it to day.  Maybe early next week?

“3”  Steve Smith, 30: “Be glad you recognize your own faults.  People with faults can improve, whereas those who believe they have none will spiral into more complicated delusions.” Gemini

Howey, your TauBit makes a lot of sense.  Was it somebody else’s Holiday Tau that explained when we yearn for the good old days, they weren’t really what happened as much as a fantasy that never was either.  It’s more about expectations.

“4”  Steve Howey, 42: “Before you waste any time longing for what was, consider whether it really was or not.  Why not stand in the present instead?”  Cancer

Okay, now I’m feeling the answer to the sheer volume of Steves today is that I’m feeling really, really needy and these looked really good through that filter. Hell, I don’t know where my true boundaries lie.

Okay, I was following the first part, because it reminded me of the Knowledge Path — which when you strip it down to its essence is a way of designing your future.  So, yes life still happens to you, but anticipate most of it so you aren’t startled and surprised frequently and as a result you have the energy and resilience to deal with it as you move forward.

“5”  Steve Kerr, 54: “Some days you feel you have control over experience, other days it feels like life is happening to you.  Remaining in your power has to do with taking the right amount of responsibility.” Libra

As in Emma the Baroness …

“5”  Steve Aoki, 41: “The best part of the day is the part where you pause to acknowledge what you have and want it anew.” Sagittarius

Promises, promises.  So listen Steve the new year is a time for hope and new resolutions, so while I can’t really use it today, I’ll keep your Holiday Tau in mind for later.

“4”  Steve Harvey, 62: “People learn your wants.  You adjust your expectations.  You’re stronger.  Tasks get simplified.  You extract more pleasure from this.”  Capricorn