Emma the Baroness and I have been processing the acquittal of our ex-President — not really being surprised by the “Big Lie” promote by followers in the Senate, but more disappointed after seeing new video documentation of the insurrection and detailed evidence time lines.

Hi and welcome to Friday’s 2nd Episode in Season 4 of  “Our Disruptively Resilient Year” on this 4th day of March in the spring of 2022. 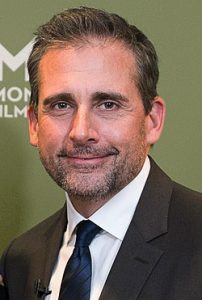 “5”  Steve Carell, 57; Steve Martin, 74; Steve Wozniak, 69: “When up against unwieldy forces or currents too strong to fight, the only grace available is the act of surrender. You’ll give yourself over, but not completely. When the time is right, a dormant kernel will reactivate.” Leo

Something was afoot in the beginning of Season Two, but we didn’t see coming.

Oh sure, there were the five global risks:

Was the next season shaping up to be a repeat financial disaster?

I’d learned my lesson as a rookie 401K and IRA investor.

I never experienced a time when I lost so much money — well actually the value of shares in a mutual fund not the actual money unless you sell the shares — for such a long time in the last Great Recession.

You’re supposed to buy on the story — how promising a stock looks into the future at today’s price.  And, sell on the news — the best may be over for the next quarter so you take money off the table and squirrel away your profits

In the second episode of Season One a year earlier Steve Harvey’s TauBit of Wisdom triggered a memory.

And, Donald Trump was the keynote speaker.

During the growing recession, we did quick calculations multiplying the price for the training, the number of people willingly giving up their credit card information, and it didn’t take long to figure some made as much as $75,000 at the room’s back table — which is where the money was made.

But it was this time last Season in one of my more relevant reads described in Long Form that threads fueled my suspicious mind.

“Fantasyland: How America Went Haywire: A 500-Year History” by Kurt Andersen Both of us, Emma the Baroness and I, have been processing the acquittal of our ex-President — not really being surprised by the “Big Lie” promoting followers in the Senate, but more disappointed after seeing new video documentation of the insurrection and detailed evidence time lines.  I return to Kurt Andersen’s book “Fantasyland” to help me through the process of filtering the unfolding events.

Now I have to ask, wasn’t Trump following Putin’s playbook?

You’re a relatable visionary. People easily connect to your train of thought and will be gladly pulled along wherever you want to take them. Hone your leadership qualities and you’ll shape the future. Financial horizons will broaden with plain ol’ good luck. New additions to your world will hasten the pace.

“3”  Steve McQueen (1930 – 1980): “‘Location, location, location,’ they say. They’re not wrong. The number of lucky happenings and significant events occurring today will be entirely dependent on where you go.” Aries

Emma the Baroness and I feel enormously fortunate to live in our little suburban neighborhood for so long that, while this generation of homebuyers struggle for down payments as we did, we lucked into a nest egg (well after three lotteries) but compared to what our parents paid for the homes we grew up in, you couldn’t buy a car for the same mortgage.

“5”  Steve Carell, 57; Steve Martin, 74; Steve Wozniak, 69: “When up against unwieldy forces or currents too strong to fight, the only grace available is the act of surrender. You’ll give yourself over, but not completely. When the time is right, a dormant kernel will reactivate.” Leo

I highlighted your TauBit of Wisdom, more for the brave citizens of Ukraine, than for us here.

“5” Steve Greene, 34; Steve Guttenberg, 61; Stephen King, 72: “In spite of your desire not to draw attention to yourself, your goals cannot be achieved unless certain people take notice. So how will you make your pitch? Chances are it will be subtle and bundled into a service you’ll offer.” Virgo

Okay Batman riddle me this — just how do I go about doing just that?

“5”  Steve Kerr, 54: “Life is not random; rather, it’s an intricate orchestration of mixed events, some random, others curated, some haphazardly tossed in, others painstakingly crafted according to your preference.” Libra

Wow, your TauBit of Wisdom may be just the one to revisit where I left off in my memoir.

“4”  Steve Nash, 45: “Don’t be shy. The task at hand is too big for one person to handle alone. No one will know you need help until you ask for it. And when you do, you’ll find out that people really love to help you.” Aquarius

So first comes the pitch and then the ask.  Funny after completing 95% of the Report about my Natural Experiment — Phase One — I’ve been noodling how to roll out Phase Two.  Stay tuned.

As we strive for security, we think a lot. Our minds race to predict what will happen next so we can respond with the right choices. But what if we knew there was no right choice? Instead of overthinking, it would be smarter to choose something convenient and make the most of it — which … describes the path to joy.