Our neighbor was called to duty in an effort to evacuate Silverado Canyon where he said a Tesla was nearly swallowed in what loosened from the wildfires a few weeks ago and liquified.

Hi and welcome to Saturday’s Episode 10 in Season 3 of  “My Paradoxically Normal Year” on this 13th day of March in the spring of 2021 — which is a three-year examination of how bits of wisdom changed during the “normal” pre-pandemic year and then in the pandemic year, and now months after. 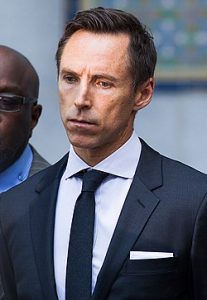 “5”  Steve Nash, 45: “When you think you might be missing something, you double back, pat yourself up and down, and ask questions out loud. Do that today even when you’re sure you’ve got it all together. There’s luck in the double-check.”  Aquarius

So what’s been going on?  I’m a creature of rabbits, so you know when they aren’t around to be shot with my hose early in the morning I’m feeling out of sorts.  No competitive juices surge at 5 am.

Why? Easy to explain.

They might have been drowned in the storm that pounded the southland.

Our neighbor was called to duty in an effort to evacuate Silverado Canyon where he said a Tesla was nearly swallowed in what loosened from the wildfires a few weeks ago and liquified. Not everybody eagerly vacated their beloved forest compounds back in the boonies he said, but at least they were warned.

Instead of swearing at rabbits I turned my frustration towards relearning hard won efficiencies I habitually relied upon usually at 5:30 to 6 am.

Through bleary eyes and yawns I try keep Sheila Peterson in mind, because she follows 22 of my digital magazines.  She’s easily the champion when it comes to following the majority of my 37 curations.

Just checked the statistics and  I’ve been feeding that beast  — 57,026 articles for 7,529 followers like Sheila.

That hasn’t changed.  What has, is the behind the scenes personalization process I manage to deliver our daily digest fresh from the labs, literally bottled and set adrift from KnowWhere Atoll.

But, I digress which is my superpower.  I don’t only miss my rabbit habit, but I’ll miss Emma the Baroness.

She’s staging canned goods and meal ingredients in the corner of the kitchen between the stove and the refrigerator next to the toaster oven on the one inch thick white counter top and in front of the gray back splash under the custom white cabinets with the show off display windows at their top.

Staging area two is on the second floor in Shaggy’s former bedroom on his bed laid out behind her office chair and white wood desk top which is home to the printer, her files and gray steel colored MacBook Pro.

A third more serious staging area with skis, boots and poles will block entrance to that portion of the garage which normally affords access to the lawn mower, two ladders, and boxes that store all the outdoor wicker furniture covers, when for those three or four days at a time, the back patio converts into  holiday and festive barbecue gatherings where you can expand your vision across a natural canyon, now domesticated, to rolling hills, now developed, and to your left to the foothills and peaks of Saddleback Mountains.

Then you enjoy a panoramic view, if three of the four tan umbrellas aren’t fully opened and I’ve trimmed our trees just enough to provide that California style of privacy from neighbors and a view of what had been a ranch before and long before that, Native American hunting grounds.

But today, Emma the Baroness is packing for a winter adventure.

I only hope when she hitches a ride with Jazzy and Delta Girl in his white Toyota long bed with shell they all consider how switching to Daylight savings time throws off their rendezvous time by one hour.

Who can remember if it is an hour earlier or later? I’m not counting on the grass-eating escapees who break out from Barb’s Bunny Ranch and cross the border to my front lawn.

Man, this life of crime of shooting rabbits out of season can grow on you especially if what’s rightfully yours — a Holiday Tau — skips you, Zahn, Emma the Baroness and Winkler too.  So, Harvey, Aoki, Greene and Guttenberg and Nash, what did you get that I might beg, borrow or steal?

Tell me about it, Steve.  It’s what feeds my superpower, if it weren’t for all those social influencers. Today it’s Emma’s agenda.

“5”  Steve Harvey, 62: “Your intuition is spot-on this weekend, so all you have to do is follow it. That’s harder than it sounds though, with social influencers around you trying to impose their own agenda.” Capricorn

So, hi Steve.  If I interpret this vague, but intriguing tale you offer up correctly I should keep my mouth shut when someone drops off his or her skis for transportation to the snow-laden mountain?

“4” Steve Aoki, 41: “The day’s plot hinges on discerning truth. Lies of omission are harder to detect than those told out loud because they do not come with any tell-tale variances that give their recipient a fighting chance at detecting them.” Sagittarius

So does this mean I might get lucky tonight?

“5” Steve Greene, 34; Steve Guttenberg, 61: “You’re friendly to everyone and you don’t need a reason to be. There’s love in you and you want to give it — that’s reason enough. Tonight you get the feeling that your luck could spring from anywhere, and you’re right!” Virgo

Hold on here.  Are you suggesting this could be the beginning of a new Tik Tok dance craze or just simply I need to remember to bring my reservation invitation and CDC card for my 3:40 pm poke in the arm?

“5”  Steve Nash, 45: “When you think you might be missing something, you double back, pat yourself up and down, and ask questions out loud. Do that today even when you’re sure you’ve got it all together. There’s luck in the double-check.”  Aquarius