Isn’t incredible that so many  people do not to believe in the science and the data and facts about the COVID-19 vaccine. I’m returning full cycle to my graduate school days in psychology and my first career to seek an explanation — “What a fool believes, she sees … Doobie Brothers”.

Hi and welcome to Saturday’s Episode 6 in Season 3 of  “My Paradoxically Normal Year” on this 6th day of March in the spring of 2021 — which is a three-year examination of how bits of wisdom changed during the “normal” pre-pandemic year and then in the pandemic year, and now months after.

S3 E5 — Another Year Another Baby, Could Have Been Stevie like Stevie Nicks, but Noooooo!; S3 E4 — What a Fool Believes She Sees; S3 E3 — A Pivot, a Miracle or Something Paradoxically Normal?; S3 E2 — Preview of the New Post Pandemic Season; S3 E1 — Preview Day One in Season Three of the New Abnormality

“5”  Steve Winwood, 71; Stevie Wonder, 69; Stephen Colbert, 56: “They want you to believe, but why? Who benefits from your adherence to the belief system? And if all were to comply, would the outcome be something you could get behind?”  Taurus

I like this essay for the Holiday Tau today:

Sobering, eh?  I’ve been having conversations kinda like those with my friend, Brook and with my self in an internal dialogue.

But, today Emma the Baroness arranged for a pontoon boat excursion around our lake with SLO Girl and Shaggy to celebrate Delta Girl and Jazzy’s engagement — but the threat of Shaggy’s and Jazzy’s recent snowboarding expedition to Big Sky near White Fish Lake, Montana canceled it.

With potential COVID contagion on airlines, in airports and ski lodges postponed the romantic event Jazzy and Shaggy advised against the risk.

Although Emma the Baroness’ love story literally jolted us with our electric shoulder bumps and has grown in different ways over the years, we definitely could have passed on Zahn’s Holiday Tau — it’s not all roses given and received, don’t you know.

“5”  Steve Zahn, 51: “Don’t let the mythologies around love color your own ideas too literally. For example, ‘love at first sight’ is only one version. It is every bit as exciting to build a friendship into something more electrifying.” Scorpio

As internal consultants pushing a boulder uphill during an organizational transformation  used to say, “Suspend your critical thinking” as a way to get past the it-will-never-work-because-we-already-tried-it status quo dismissals of new ideas.  Now, should we be saying, “Suspend your belief about …”

“5”  Steve McQueen (1930 – 1980): “You cannot make a point with someone who won’t, can’t or just isn’t listening. The growth of your influence depends on picking the right audience, something you have a talent for now.” Aries 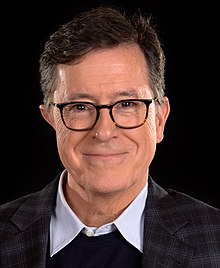 Isn’t unbelievable that so many do people not to believe in the science and the data and facts about the COVID-19 vaccine. I’m returning full cycle to my graduate school days in psychology and first career to seek an explanation — “What a fool believes, she sees … Doobie Brothers”.

“5”  Steve Winwood, 71; Stevie Wonder, 69; Stephen Colbert, 56: “They want you to believe, but why? Who benefits from your adherence to the belief system? And if all were to comply, would the outcome be something you could get behind?”  Taurus

Insights.  That’s what I’m all about. What is the half life of wisdom? For engineers the half life of their knowledge, I believe,  is five years — that’s the measure of how far they have fallen behind in their profession if they haven’t taken classes, engaged in self-study or dedicated time each day, week and month to invest in themselves.  Otherwise they loose their value in the employment marketplace.  Given the pace of life how long is it until half of what passes for wisdom no longer works?

“5”  Steve Nash, 45: “Insight into who you are and why you make certain choices is no small gain. It’s knowledge not usually acquired in school or imparted by experts. Insights into self are the gold of true seekers. You’re to be commended.”  Aquarius