She deserted us as I was about to graduate.  Turns out some hanky-panky was going on during the seven months I had been in a combat zone. We had moved her and my son to Muncie where she got a teaching job.

“5”  Steve Zahn, 51: “We have names for feelings, and this helps us process them, though those names are usually reductive.” Scorpio

Hi and welcome to Sunday’s Episode 110 in the first season of ” My 1-Year Natural Experiment” on this 27th day of October in the fall of 2019.

Here’s what I’ve been working on today. Marc Maron, in my dream,  asked why I moved to California from the Midwest. I answered for three reasons in the previous segment, S1 E109.

. We pick it up from there:

Marc:  Two down.  What was the real reason?

Marc:  What do you mean?

Steve:  She deserted us as I was about to graduate.  Turns out some hanky-panky was going on during the seven months I had been in Vietnam. We had moved her and my son to Muncie where she got a teaching job.

Marc:  You didn’t know anything was going on.

Steve:  Turns out the teacher she had the fling with knew somebody out in California, so they took off.

Marc:  How did that feel?  They were in California, but you were in Indiana.  Why did you move?

Steve:  Promises.  The kind about making a big mistake.  Asking forgiveness.  And so on.

Marc:  So it worked out.

Steve:  At first.  But then while I felt I was doing the right thing again for the sake of the family, looking back now I realize I felt betrayed to the core. 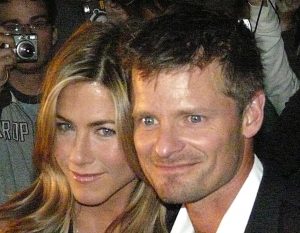 Today the feelings referenced in Zahn’s, Winkler’s, Emma the Baroness’ and my Holiday Tau are about love — longing, belonging, connection and loss.

“5”  Steve Zahn, 51: “We have names for feelings, and this helps us process them, though those names are usually reductive.” Scorpio

Although this is Day Four of Scorpio Time, I still have to wait four more days until I won’t feel as bad ripping off your birthday.

“You’ve often felt the world was trying to make you into something you were not.  This year, the world seems only to support the person you want to be.  This new level of help all around you allows you to let down your resistance and be carried by life’s flow.”

Can I sign up for that one?  Can it be true for me even if today is intact not my birthday?

I don’t think so.  Usually it does but not so much today.

I’m also not buying Smith’s or Howey’s Holiday Tau unless you combine them into parts one and two.

“3”  Steve Smith, 30: “Imagine your pain as a marble trapped in a puzzle box of sliding doors and triggers.  Keep trying different moves until you release this pain.” Gemini

Haha.  Sure it’s true except for the parts I’m lying about.

“3”  Steve Aoki, 41: “If there’s something that’s worth asking over and over again, it’s the question, ‘Is that true?’” Sagittarius