So when I say,  “Day 95 of My 1-Year Natural Experiment” for instance, I’m repeating my original design for consistency and repeatability purposes.

Today, then is really the 95th day of Thursdays, Fridays, Saturdays and Sundays, which excludes Mondays, Tuesdays and Wednesdays. Make sense?

“5”  Steve Carell, 57; Steve Martin, 74; Steve Wozniak, 69: “Why settle for merely being different when you have the chance to do something that’s much better than what others are doing?” Leo

Hi and welcome to Thursday’s Episode 95 in the first season of ” My 1-Year Natural Experiment” on this 3rd day of October in the fall of 2019.

What the heck?  Zahn, Winkler, Emma the Baroness and I haven’t received a Holiday Tau since way back in S1 E86 — Day 86 of My 1-Year Natural Experiment.

That seems like a long, long time when it comes to the dolling out of TauBits of Wisdom, but it brings up another issue to make this work.  It has more to do about this natural experiment unfolding over the course of a year.

You may recall I didn’t intend it would be everyday for 365 days, right?

Since, originally the Leo da V inspired idea hatched by mistake while I read the Comics section in print edition of the Los Angeles Times.

We, being Emma the Baroness and I, are such cheapskates that we subscribe for the extended weekend — on Thursdays, Fridays, Saturdays and Sundays.

Here’s the problem for which I’ll have to account.

Missing extended weekend days during our Norwegian vacation messed the the count up.  You’ll just have to take the Head Researcher Investigator’s word for it because it is so complicated that he had to recalculate two or three more times than he wanted to.

Don’t worry, I know it seems like an unnecessary complication, but as the Head Research Investigator, I’ll make a note for later decision.

That monologue is a long way of saying, except for musing about a fictitious interview with Marc Maron’s WTF and noting more highlights from Fantasyland, I walked around our local lake for about 3 miles while listening and noting songs — titles and lyrics — which could work into this “The Tau of Steves: What You Don’t Know Could Fill a Book” experiment.

But, I mostly did some hard labor replacing our scorched grass with new sod.

Well, let’s hope so.  I’ll enjoy stealing the Holiday Tau for Carell, Martin and the Woz. 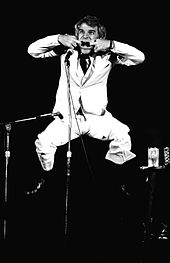 “5”  Steve Carell, 57; Steve Martin, 74; Steve Wozniak, 69: “Why settle for merely being different when you have the chance to do something that’s much better than what others are doing?” Leo

Yeah, I do have to say I turned laying sod into a major project that had to meet my landscaping standards.

“4”  Steve McQueen (1930 – 1980): “When you measure your work against a standard that means something to you, what matters is that you meet your standard.” Aries

I’m always dealing with the Holiday Tau meant for Smith.  Sometimes asking “What would Leo da V do?” puts me in my creative temptations path — procrastination.  More often than not I hope it mirrors what I know about da Vinci’s genius revealed in his note book sketches.

“3”  Steve Smith, 30: “Here comes a parade of short-term temptations you’re expected to forgo in favor of long-term goals.  Get out of temptation’s way.” Gemini

Kinda get and kinda not.