“5”  Steve McQueen (1930 – 1980): “You’ve gotten so used to putting up with interruptions that you’ve come to think of them as normal.  How can you protect yourself and get the peace you so deserve?” Aries

Yes, if you noticed we left a hole in our tracking of the Holiday Tau between 8/31/19 and today, September 19th.  Why?

We knew our vacation bliss had evaporated with the news of pipe bombs being planted at Donald Trump’s political enemies’ homes and offices played on the radio in the shuttle car on the 405 freeway.

Emma the Baroness and I with her brothers sampled the best of Norway mixed in with intimate time with her cousins and their children and in some case grandchildren.

Our plane touched down at LAX on schedule yesterday at 5 pm Pacific Coast Time — which is, what, nine hours difference?

We flew from Oslo to Heathrow and to LAX  and suffered reentry transition trauma to our sleep patterns.

As much as I could mentally expend the energy, I realized I had become my mother writing everything down. She took short hand to type up later. I waited until after the experience — day-by-day in the evening after a days adventure,  while she wrote during vacations and missed witnessing the sights. Sis and I teased her on Hawaiian bus tour when she couldn’t match up her notes to the photographs we took for her vacation album. 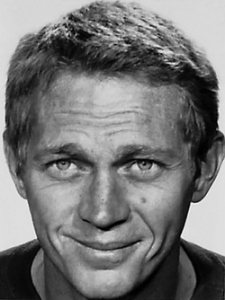 Hello again Steve.  Your Holiday Tau intrigues me — our plans had been interrupted and disrupted frequently in transit.  Airlines mostly. But, you learn to go with the flow except for a few times when a member of our party, who is easily angered, lost it several times.

“5”  Steve McQueen (1930 – 1980): “You’ve gotten so used to putting up with interruptions that you’ve come to think of them as normal.  How can you protect yourself and get the peace you so deserve?” Aries

Hi Steve, I get it and will look forward to experiencing it, but honestly I’m too tired and burned out to appreciate your Holiday Tau.

“3”  Steve Howey, 42: “Oddly enough, putting too much thought into a thing can make it less effective.  The slapdash version will contain the most honest information.” Cancer

Hi Steve, Steve and Steve.  I’m lovin’ your Holiday Tau, but will need to come back to it sometime in the future.

“4”  Steve Carell, 57; Steve Martin, 74; Steve Wozniak, 69: “Don’t aim your message to all.  Aim it from the most specific part of you toward something particular in another person.” Leo

“5”  Steve Harvey, 62: “Some interpret news hopefully, and others defensively or cynically.  Optimism and pessimism are just different interpretations, though optimistic people are usually happier.” Capricorn

Nash’s Holiday Tau shimmered enough so I could glimpse it before my brain and entire body shut down as I contemplated where I had left off in each of my passion projects.

“5”  Steve Nash, 45: “You’ll be busy with many areas of life at once, but you’ll also have a sense of spiritual alignment that makes this easier than it sounds.”Aquarius