Jazzy’s looking for some advice about a side hustle — he’d been approached by the top advertising guy at his former action sports business.

“5”  Steve Carell, 57; Steve Martin, 74; Steve Wozniak, 69: “When fear subsides, the brain is quiet.  It’s out of this quiet mind that deep insight and intelligence emerges.” Leo

This wasn’t for the advertising creative director, but for his popular side gig and he needs a proposal for social media consulting.

Hi and welcome to Friday’s Episode 85 in the first season of ” My 1-Year Experiment” on this 30th day of August in the summer of 2019.

It took me about a half an hour to locate what I had used and emailed it to him after a little phone consultation.

It’s uncanny how what I advised Jazzy was freakishly similar to the Holiday Tau for Zahn, Emma the Baroness and me.

“5”  Steve Zahn, 51: “The safety net can have an effect whether or not it’s actually there.  The confidence one gets in thinking that it’s there will contribute to sure-footed action.” Scorpio

Have you been noticing it too?  Why have I been including so many Steves over the past few days? Has it been some sort of FOMO going on?  Shouldn’t I pay more attention to what’s relevant, you know emphasizing quality over quantity?

If not for me, for Jazzy.  This describes the responsibility he brings all the time.  I can learn from him and from Smith’s Holiday Tau.

“5”  Steve Smith, 30: “You know how to complete your work, show up on time and bring a willingness to work with others, even the difficult ones.” Gemini

And, I see I saved Howey’s as a companion piece.

“5”  Steve Howey, 42: “You have talent, but it doesn’t matter half as much as persistence and applying oneself to the most important task at hand.” Cancer

OK, now that my brain is quiet, I’ll relish deep insight and intelligence.  Count me in. 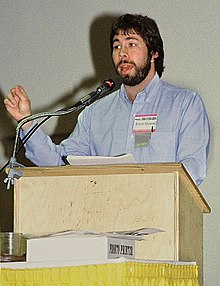 “5”  Steve Carell, 57; Steve Martin, 74; Steve Wozniak, 69: “When fear subsides, the brain is quiet.  It’s out of this quiet mind that deep insight and intelligence emerges.” Leo

You mean besides deep insight and intelligence?  How about intuition and lateral thinking together with a talent for picturing the essence of what is at play in a situation.  I mean like visualizing a scene that crystalizes the action and next steps.

“5”  Steve Greene, 34; Steve Guttenberg, 61; Stephen King, 72: “What’s the thing you like about yourself today?  You’re allowed to think it.  You’re even allowed to say it, to yourself or anyone who will listen.” Virgo