I went ballistic because they emailed me wanting to close out their “ticket” when they hadn’t heard from me.  Really?

What’s been going on? Spent 5  1/2 hours earlier in the week reworking the internal inconsistencies in how I laid out the Volume Two manuscript, the Work portion of “Live. Love. Work. Play. Invest. Leave a Legacy.” My software — Inspiration — allows you to visually move “boxes” around as if they were post-its and then link them together in any way you want.

Hi and welcome to Thursday’s Episode 80 in the first season of ” My 1-Year Experiment” on this twenty-second day of August in the summer of 2019.

Once you’ve locked it down (but, always discover to your horror you missed a bunch of older linked-concepts) you can flip views and viola, you have an outline.

Guess what?  Emma the Baroness and I wasted just about the same amount of time yesterday and today switching from AT&T to T-Mobile and troubleshooting why it didn’t work. I’ve engaged in a long-standing war with the platform housing my digital magazines.

This afternoon I went ballistic because they emailed me wanting to close out their “ticket” when they hadn’t heard from me.  Really? Where did the “still not working” email sent yesterday morning end up?

And, finally when Apple upgraded their OS, that software I love so much — Inspiration — doesn’t work on it. WTF?

“2”  Steve Zahn, 51: “To remain firmly and faithfully on course requires more than just the best navigation system.  It also requires a system of checks and balances.” Scorpio

So, I’m changing my birthday or stealing me some Holiday Tau from the rest of the Steves.  As, in why didn’t you tell me this before?  Howey’s Holiday Tau adds salt to an open wound, but I have to admit you get locked in and boxed in and you don’t discover how difficult and disruptive it is to change.

“5”  Steve Howey, 42: “As arbitrary as the initial move may be, it becomes an anchor for every move after.” Cancer

Yup, that’s just the kind of guy I am. 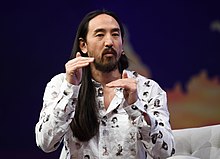 I hardly know you, but I’m lovin’ your Holiday Tau on a more regular basis. If you can’t use it may I steal it from you?

Like certain people I know and love without naming names?  Wait, given all the our technology troubles and sunk time invested, maybe I should become more like many people.  Naw.