Has our luck run out?  Is the magic gone? Is there an unconscious theme today, 4/19/19? I downloaded Dan Brown’s “Origins” novel to my Kindle and all 4oo pages in two volumes of the Mueller Report.

I guess you could say I’m experimenting?

“Origins” pits a splinter sect of the Catholic church against technology development — a fictional story about artificial intelligence.

And the Mueller Report, well, lays bare the guard rail breaking and legal case against Trump, who for whatever reason could not be convicted per Justice Department guidelines.

“4”  Steve Zahn, 51: “This is the moment for playing around, which is different that standing sill. Experimentation will show you the way.” Scorpio

So, before and after our Italy trip to Florence where the Renaissance flourished I’d collected books and articles about Leonardo da Vinci’s brilliance — especially a biography about him written by Walter Isaacson.

“4”  Steve McQueen (1930 – 1980): “Creativity will be a response to the environment, a solution to the problem or a reaction to the limitations in play.” Aries

“You’ve got the same body, with the same organs and energies, that Cro-Magnon man had thirty-thousand years ago.” Joseph Campbell famously once said. I feel there’s overlap having to do with our history as Homo Sapiens as written about in a book of the same name by Yuval Noah Harari and further with his Homo Deus. Aside from and Leonardo’s fascination with nature, I recently read an article about the “15,600-year-old Footprint and the Oldest Americans”. So yes, Steve Howey’s Holiday Tau resonates with me today. 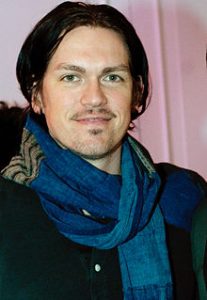 “5”  Steve Howey, 42: “You’re a part of nature, and it will feel better to think and act in accordance with that.” Cancer

Is this too much of a twist?  Once upon a time there was a debate between humans and technology which favored humans.  It went something like this humans provide knowledge and context while computers provide data and information.  If heaven forbid your database gets wiped out it’s lost.  But humans with context can reconstruct what was lost. Or maybe it’s the old not seeing the forest for the trees.  Take your pick.  I still like Smith’s Holiday Tau.

“3”  Steve Smith, 30: “Everything you see is perspective.  The less you need out of a situation, the more clearly you can see it.” Gemini

Yes of course.  Even our best cherished memories of how things were in the good old days aren’t real, but are necessary fictions we still believe.  I reminded myself of how cool I thought the future would be bridging from the current with this article about the 50th anniversary of the Whole Earth Catalog. But, clearly it’s time to Zen up.

“4”  Steve Nash, 45: “The problem with memory lane is that no one can live there.  This is the hour that matters.”  Aquarius