4/7/19. There it is staring me in the face again.  If I write for people who are just like me then I’m eliminating roughly 95% to 97% of the people who don’t fit my Introverted INTP MBTI. I need to pay attention to it.

“4”  Steve Zahn, 51: “What you’re doing and how you’re thinking aren’t for everyone. You’ll win people by losing people.” Scorpio

Now that’s a relief.  Sometimes I keep banging my head against the wall until I’m exhausted.  Which brings to mind a story I told in a forum I moderated for a client who urgently wanted to boost innovation.

Somebody interviewed a well known entrepreneur who described the real story of what it was like to start an enterprise from scratch, basically against all odds.

An eager audience member raised her hand hoping to tease out a secret she could apply.  “What’s the most important thing you’ve learned?” she asked.  “Take showers,” he said.  “Huh?” was her reply not quite sure if he was making fun of her or not.

He then explained the major breakthrough he and his team of co-conspirators couldn’t quite find was driving him nuts and keeping him at his incubator on many late nights. 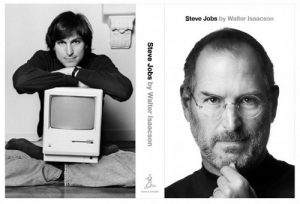 But, on this night his phone rang.

It was his wife reminding him in that scolding way that only the loves of our life can, that he was late for their date.

While showering to freshen up, something clicked in his unconsciousness or something he said and it was like the solution fell out as soon as the water hit his face.  So shower more often.

If we were to twist the Holiday Tau for Howey, then it might apply a bit more to my current situation.  I’m trying to figure out if I need to pivot to a new theme that covers each of my 6 website blogs.  And if I do will that move attract more followers?  And how can I close my comments section since all I’m really receiving is SPAMers.

“3”  Steve Howey, 42: “To move forward, you’ll have to change your position and commit to a whole set of different moves.” Cancer

To get to the bottom of my WordPress issues I’ve been attending the weekly MeetUps for Orange County held in Huntington Beach.  Many of the attendees have more advanced understandings of the ins and outs of WordPress since they’re in the business of developing and hosting sites themselves.  I feel like I did when I switched careers once I translated their jargon into my language and then asked questions back in their jargon.

Wait.  I don’t know at this point what to ignore at my peril and what to follow as best practices.  I’m guessing at the end of this steep learning curve, G&G’s Holiday Tau will make more sense.

Now, Aoki’s Holiday Tau describes what I’m feeling in my DIY blog-to-website transformation.  Without a bone to feed the dog, I’ve been standing by myself too long at the gate of misfortune.

“3”  Steve Aoki, 41: “It’s like you’re standing at the gate of fortune waiting for it to open.  Make sure you have a bone to feed the guard dogs you might encounter.” Sagittarius

Can I weave three Holiday TauBits together well enough to increase their value again?  Let’s try by stealing the TauBits from two ex-professional basketball players and a universe denting innovator. So, let’s stipulate I’m either nuts or totally engaged in what seems like a fool’s errand.

“2”  Steve Kerr, 54: “Go forward with whatever excites you, as it will be your path to total engagement and an interesting existence.” Libra

There is a payoff in the near future I keep telling myself as I dwell in the land of endless loops of frustration.

“2”  Steve Nash, 45: “You’ll handle today with an eye to the future, accepting full responsibility for your part in creating it.” Aquarius