3/24/19.  Left alone at the alter again, always a bridesmaid but never the bride.  Isn’t that what you say Emma my Baroness? No Holiday Tau for us.  OK, then, moving on.

Is this cheating?  The rules of this natural experiment aren’t entirely clear.

Only that I knew going in that the best Holiday Tau wasn’t meant for me.   Was it simply a case of FOMO — covering all my bases by listing 50% of the available TauBits?

This is another potential precedent-in-the-making; combining multiple TauBits to create a higher score.

Perspective or impossibility? The Holiday Tau for Coach Kerr, who won championships in the NBA as a player and as a professional basketball coach, touches on the need for reflection and practice.

Vision as an exercise. I like it. I always say, “Your resilience muscle can’t atrophy or else you life’s vision contracts needlessly.”  Haha I just made that up.  So Steve, pick a universe and put your own dent in it, right?

“4”  Steve Harvey, 62: “Your plans will change according to cost and other factors.” Capricorn

Triangulation.  I discovered serendipity and synchronicity as signs that I was close to finding decision-makers who could hire me, or at least realized they suffered from the kinds of problems my advice would help them solve as one of my clients. In the executive career world, for instance, it used to be that you were hired for your knowledge. 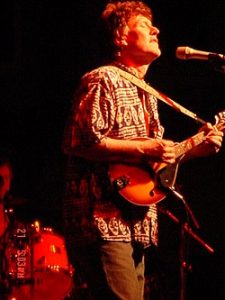 Then it became you were chosen by who you knew.  That seemed unfair, but when a decision-makers need people they can trust the final choice among many candidates usually came down to this.

With LinkedIn and Facebook it became what you are known for — what is it your network says about you?

And, then it became not only what story they may tell about you, but during times of career transitions and downturns and recessions is that story what you want them to tell about you?

So, in the past you’d search for job openings and fill out applications only to be screened out.

Now and more so in the future you are expanding your network by telling your story in person and on media platforms so that your brand fits both who you are and what they need.

And as you meet people you know your are close to achieving your goal when several sources tell you about opportunities and volunteer to refer you in person to the decision-maker.  You become screened-in.

Curse and blessing. That’s how I’d characterize the Holiday Tau for my three favorites, CM&W.  I have a mind.  Is it extraordinary, hardly.  Except in my own mine, haha.

I describe myself as resourceful — hunting for random parts that could be repurposed to solve a problem.  Screws, hooks, clips, picture framing wire, you name it.  Most often that leads to an okay solution, one that is frequently temporary.  But it at least frees up the rest of my time to devote to my higher priority task at hand. However comma, just ask Emma the Baroness, you can’t say I’d over engineer a solution either, so there’s that.

Is this the antidote to the Cinderella fairy tale re-conceived as The Bachelor? In your twenties, how long is too long for holding out until you meet your mate for life?

“2” Steve Greene, 34; Steve Guttenberg, 61: “In relationships, perfection is an impossibility. Reasonable expectations are the magic of life.” Virgo

Should you settle for that perfect someone?  Ask Emma the Baroness, since this answer is above my pay grade.