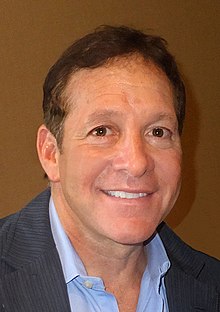 3/9/19.  What’s the meaning of this?  Is this a new emerging pattern that I have to beg, borrow or steal from all the others? At least for two days in a row?

I’m noticing that I tend to favor the Holiday Tau for Steve McQueen and Steve Jobs at least on first sort.  Not in their camp, but popping up frequently is Steve Aoki.

The way I first misread this Holiday TauBit rated higher — “unconsciousness” as through which unfiltered perceptions and feelings seep into our beings — not “unselfconsciousness”.  I’m at least partially invested in the power of an authentic person, right? And given who’s Tau I’m stealing, it seems to fit him very well — at least his un-method acting on the big screen.

Is this Holiday Tau something I should steal from Greene and Guttenberg or not?  There’s something to the acceptance stage of grief that allows someone to move on — largely through a determination and shift in mood.

“2”  Steve Greene, 34; Steve Guttenberg, 61: “Take the attitude that ‘this is it’ instead of expecting life to get better, which, of course, isn’t how it works. Attitudes get better.” Virgo

Are you noticing this, too?  I seem to be curating emerging categories.  Steve Nash’s might be considered a perspective on wisdom or deeper knowledge, while Steve Jobs’ Tau reflects a practical, almost time management bit of wisdom.

“3”  Steve Nash, 45: “Even the events that seem to belong comfortably in a timeline with a beginning and an end are actually part of endless continuum of actions and consequences.” Aquarius

“2”  Steve Jobs, (1955 – 2011): “Ward against interruptions before they happen.  The little distractions will take more of your time and energy than you think.” Pisces

Something else to note or at least observe during this 1-year experiment, I may want to combine one or more of them because of a theme.

Or maybe the whole is greater the sum of the parts?