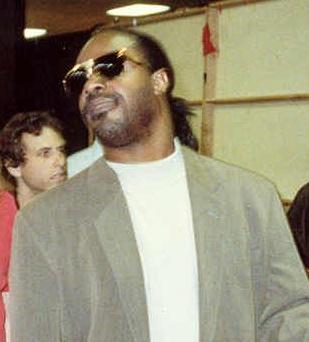 So far during the infancy of this experiment I haven’t come across the quote yet.  But, who can say what the future will bring?

What’s the Holiday Tau for Steve Zahn, Henry Winkler, Emma the Baroness and Me?

“3”  Steve Zahn, 51: “Your ambition is high gear, but the question that keeps coming up is: At what cost?” Scorpio

So my ambition is high? I don’t think so.  I’d color it low and maybe more reasonable.  I’m struggling with answering the second part of the Holiday Tau personalized for me — at what cost?

Okay, here’s the big reveal. I’m an Introvert.  If you look for me on the Myers-Briggs personality temperaments, you’d see me described as an INTP.

Somewhere in my exhaustive research, the attribution is hard for me to place my hands on right now, I seem to recall the numbers of Extroverts vs. Introverts is something like 60% to 40% or a 70 / 30 ratio.

But,  as a unique and special kind of introvert, my chances of attracting an audience that’s interested in my writing falls far short of 30% of potential readers to under 5% and maybe as low as 3%.

Luckily, I’m fortunate that I don’t have to write to earn a living and, unlike many writers and gig economy workers who freelance,  I can afford to pay an unexpected bill like a car repair or medical bill totaling $400.

I hope you are so fortunate too.

Any TauBit of Wisdom worth stealing from Aoki, Smith, or the two iconic musicians, Winwood and Wonder?

If I’m honest as an introvert, it is definitely true that I suffer from an overactive inner critic, but I’m not getting the prescription.  Conserving energy is a major issue for us introverts, but I’m not so sure I’ve met my inner ambassador or inner cheerleader.  So, Mr. Aoki keep your Holiday Tau.

“2”  Steve Aoki, 41: “You do have an overactive inner critic; it’s true. But your inner ambassador also has a lot of energy, as does your inner cheerleader. Pit them against one another if necessary — whatever it takes to do your best work.” Sagittarius

I do see paths and road trips as energizing, though.

I’ve been writing about “The Knowledge Path: Live. Love. Work. Play. Invest. And Leave a Legacy.” The idea came to me after I fell in love with the Wild West.

“3”  Steve Smith, 30: “No need to agonize about your choices today because there won’t be any wrong paths, just paths that get there a little sooner or later.” Gemini

The story of wagon trains leaving Missouri with families intent on making a better life for themselves in California with stops along the way mesmerized me as a child.

Much later, in a U-Haul dueling with truckers over four days while listening to rock and roll on my radio outside the Navajo Nation, and hearing the DJ introducing hit songs in his native tongue, I imagined myself riding horseback in the 1800s from east to west.

Some of the US 40 route dipped into portions of the iconic Route 66 where I picked it up in the Texas Panhandle near Amarillo.

Staying on the beaten path got me to Santa Monica Pier quicker, but checking out portions of Route 66 felt more adventuresome.

Both got me to my destination.

Then I realized one iconic road dumped me into a second.  Route 66’s east to west connection intersected with the more scenic Pacific Coast Highway in Santa Monica, California.

And, the aha! moment gave birth to my Best West Road Trips website.

Not being too superstitious and maybe not necessarily for today, but at different times on a whim, my curiosity has turned out to be lucky for me.

“3”  Steve Winwood, 71; Stevie Wonder, 69: “Doing things differently to satisfy your own curiosity will be lucky for you.” Taurus

For once in my life, during my consulting career after a late morning meeting with a client at a Starbucks on MacArthur Blvd. near the airport with three names — SNA (Santa Ana), Orange County and John Wayne — I took the less traveled path back to my office.

I parked my 4-Runner in  University Town Center across Campus Avenue from the University of California, Irvine’s campus and began wandering in the warm noon sun which felt good on my back.

I walked past tables with students eating, drinking and taking a break probably calling it quits on an early Friday afternoon.

And, quite by coincidence I heard my name called out as I walked past another set of outdoor restaurant tables.

My acquaintance wanted to know what I’d been up to and wanted my business card.

Two weeks later she escorted me into several interviews which led to a long-term, multi-year retainer.

Which was lucky, right?

And, incidentally illustrated Zahn’s Holiday Tau at the top of the day — “at what cost.”