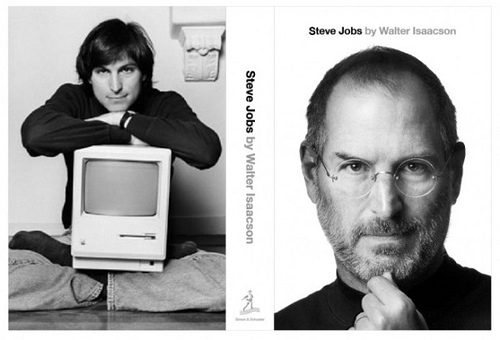 2/28/19.  So maybe this TauBit of Wisdom comes a little closer to what’s been going on with my passion projects.

I submitted an article, “What Would Leo da V Do?” first to my website, “Knowledge ATMs: A peak behind the scenes of self-publishing, crowdfunding, and working for your self,”  and then  pretty timidly to “Medium”.

“4”  Steve Zahn, 51: “Are you being assertive enough? If they’re responding at all, then the answer’s yes.  If they’re not, your approach may be too timid.” Scorpio

So, yes I could use a shot of assertiveness to publish more essays like that one, about how haphazard my writing method is compared to a 5-step process recommended to writers — Pre-write, draft, revise, edit and then publish.

Mine is nowhere near as fine tuned, which is what my article described.  But, Zahn’s two “ifs” describe what I need to do next.

Out of a the Fear of Missing Out (FOMO) let’s check in to find a better Holiday Tau and swipe it.

Let’s consider lifting Steve Job’s TauBit.  After reading it, I want it.

“3”  Steve Jobs, (1955 – 2011): “Minor wins are wins. Small steps are steps. Pennies add up, and so do incremental successes.  You’re going to accomplish big things by starting small and building consistently and gradually.” Pisces

I don’t think he’d miss it for two reasons.  It just doesn’t fit his reputation — “Put a Dent in the Universe” — his reputation is about disruptive innovation, right?

And, of course just like Mr. McQueen, Jobs won’t be monitoring his Tau.

So this bromide about incremental accomplishments leading to big things is “swipe-able.”

Hmm? Nope, I’m not saying it’s not  good , Howey, but it isn’t worth a misdemeanor slap on the wrist for me to even consider lifting it.

“2”  Steve Howey, 42: “There are things you want so much you’re willing to go to great lengths to make them happen.  Why apologize for that?” Cancer

The Holiday Tau for Carell, Martin and Wozniak would be worth paying a small reasonable fine for stealing and applying to my life.

Or more accurately. I’ve made a history of working in jobs which seemed like I’d be combining creative projects I wanted to do, but weren’t commercial enough to pitch to external or internal customers.

Steve Harvey has such a great presence on television hosting game shows that this Holiday Tau seems to fit him.  But, his TauBit seems like a cautionary warning to those who want to get-rich-quick — maybe like what we experienced when Emma the Baroness and I attended “Wealth Expo” in Los Angeles.

And, Donald Trump was the keynote speaker.

During the growing recession, we did quick calculations multiplying the price for the training, the number of people willingly giving up their credit card information, and it didn’t take long to figure some made as much as $75,000 at the room’s back table — which is where the money was made.

Intrigued, I researched how “how you can get a start on real estate investing” and wrote as a 5-part series on my Know Laboratories website that you can get for free.  That’s what,  a $1500.00 savings!?

Pretty sure the Holiday Tau for musicians Winwood and Wonder might have applied at the start of their career, but not now.  If I have one super strength it might be having the self-discipline to learn new habits and minimize distractions.

So, not a TauBit that feels as relevant for me.

Does this Holiday Tau fit more for a professional basketball player during the off season or during the current seasons?  I may be lazy, but what kind of pressure are we talking about?

“2”  Steve Nash, 45: “While you don’t want to put undue pressure on yourself, some amount of pressure is warranted — a reminder, at the very least. A lack of urgency can lead to laziness.” Aquarius

What’s up with you, Mr. Aoki?  My first take is your Holiday Tau is a little too foo-foo, fantasy-filled.

“3”  Steve Aoki, 41 : “It’s said that what you seek is seeking you.  So what you need is an open mind and an open heart.”Sagittarius

But haven’t I emphasized that particular moment when you realize all your hard work meets the probability that someone you’ve just met will recommend you for a position or client who has a need, but hasn’t yet crystalized the requirements until you walk in with a pitch?

Yup, for ex-C-Suite clients I advised in the Key Executive program and in seminars for Executive MBA students.

Previous:  Day One of My 1-Year Experiment