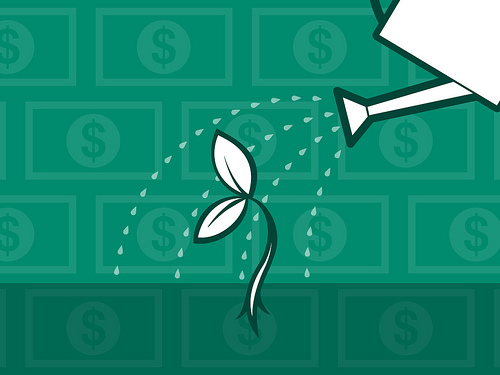 I Wikipedia-ed “crowdfunding” and stepped into a fire hose of choices. There were a gazillion. Oh, okay maybe not a gazillion. But a half a gazillion.

Luckily, Jamey summarized the pros and cons of nine in addition to Kickstarter

On Day Fifteen, halfway through AnyWired’s 30-day plan for building a viable freelance business,  it recommended:

“Read ‘Freelance Switch’s guide to Getting Started as a Freelancer.’”

Which, to tell you the truth I couldn’t find, but this seems to be a pretty comprehensive replacement, The Ultimate Freelancer’s Guide.

I can’t really vouch for it.

But if you’ve joined me by taking the fork in the road at Jellystone Park on your way to “Crowdfunding Town,” then here’s one more thing to put on your to-do list. 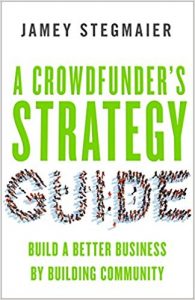 I recommend you begin reading, “A Crowdfunder’s Strategy Guide: Build a Better Business by Building Community” by Jamey Stegmaier, sooner than later.

“His 8 crowdfunding campaigns have raised over $3.2 million, and he shares his insights, mistakes, and lessons learned on this blog.”

Stegmaier advises you to start building your crowd six months to a year before you intend to launch your crowdfunded product.

Look I knew crowdfunding loomed ahead in my not-too-distant future.

It was another lower priority get-smart-about task on my project plan.

But, how are you supposed to catch up?

What are you supposed to do in the meantime?

Jamey moonlighted until he created a working prototype for a new board game.

By the light of the silvery moon before and after his normal work day he practiced what he called writing long-form content and connecting with people online.

He had a goal in mind. 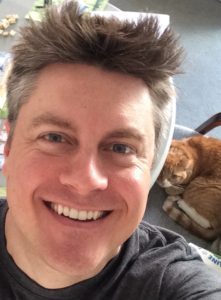 For Jamey, blogging established an online presence and a symbol of commitment and legitimacy.

As he explains it, context gives your growing opt-in fan base something to share while keeping them in the loop about your progress.

And, of course strangers who aren’t already in your Facebook or LinkedIn networks can find you using search engines and finding your blog.

He highly recommends joining your chosen crowdfunding community to back other projects like yours and to actively participate without promoting yourself.

Spend time every day in forums that cater to your product.

So on top of following AnyWired’s advice of spending at least an hour daily just developing your skill, I’m supposed to spend even more time writing comments in a community?

You’ll be building a trustworthy reputation over time.

And, it’s not just a numbers game.

You earn it the authentically old fashioned way.

By generously supporting other projects.

While you do you pick up clues from other “creators in their backer communities.”

And you experience how they’ve built their high levels community engagement first hand.

When it comes to crowdfunding, almost everyone recognizes Kickstarter, right? 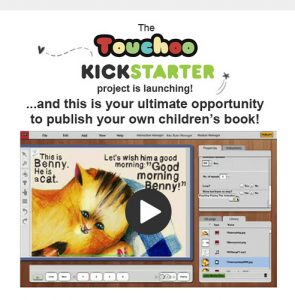 Which is where Jamey funded his game.

But is Kickstarter right for you?

One of your first choices is to pick the best crowdfunding fit for your product, project or cause.

Until you do, you can’t build your reputation over time in its community, duh!

I Wikipedia-ed “crowdfunding” and stepped into a fire hose of choices.

There were a gazillion.

Oh, okay maybe not a gazillion.

But a half a gazillion.

Luckily, Jamey summarized the pros and cons of nine in addition to Kickstarter in his book on pages 21 through 23.

Before moving on to other life, cause, or charity funding platforms, lets review Tilt, Quirky and Crowdfunder for idea people and entrepreneurs among us.

Got what you think is an awesome business idea or new product, Quirky might be for you.

Crowdfunder operates essentially an equity-based platform most similar to what traditional angel investors do.

More like Indiegogo than Kickstarter are three platforms that allow creators to keep donations and pledges – GoFundMe, Crowdrise and Patreon.

What about Crowdrise?  (by gofundme, now?)

What about Patreon?  Who is it for and what is it like?

And finally, how does Pozible stack up?

Pozible combines some of the elements from both Kickstarter and Patreon. 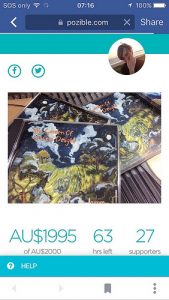 So, some crowdfunding platforms are changing.  Being repurposed like Tilt which is now part of the Airbnb family or Crowdwise operated by GoFundMe.

Lessons are being learned driving pivots to emerging business models.

And competition is making products more efficient and productive for creators and sponsors.

Popular functions and features on one platform show up on another.

But, unless you’re in the business of reporting on the changing scene the best advice still boils down to moonlighting.

While you activate your before, during, and after launch campaign strategy.

Oh, and  travel six months back in time to when you were younger, smarter and build your opt-in fan base.

Day Eight: With Two Yogis at a Fork in the Road

Day Seven:  Is It Worth All Those 3 am Wake Up Panics?

Day Six: Who Should Take the First Step the Chicken or Egg?